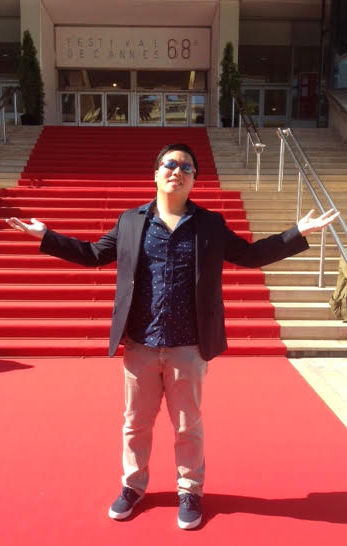 A musical progeny since he was three years old, Jordan was born into a musical family and blessed with perfect pitch, and was placed in a Suzuki master class at an early age where he would transpose the piano pieces into any key that world renowned maestro Pagano requested on the spot, on television.

His composition at age six, titled the “Little World Travelers” won the Yamaha Young Composer’s award. He was featured by NBC and ABC as Best and Brightest Young Musician.

Trained at Rice University as a 14-year-old under Dr. Dariusz Pawlas, Jordan begun performing as a concert pianist at many concert halls in the U.S. Asia and Europe. He continued his studies at the University of Texas, Austin, under Greg Allen, recipient of the Arthur Rubenstein award. By age 21 he received three certificates upon graduation in 2014 – B.A. Music, Computer Science and Piano Performance.

SHSU offered the fusion master degree that Jordan had been looking for in Digital Media – a new frontier, and he was able to combine his classical training and technologies used for electronic composition, i.e.,Synapse, Cubase, FL Studio, MuseScore, Finale, Sybelius, etc. to create film and new media scores.

According to Jordan, “My spectrum of interests encompasses music performance,  electronic composition, and digital media. As a concert pianist, I have performed at many concert venues in the U.S. and Asia, and received many awards. I have been mentored by world renowned artists and currently I am coached by Van Cliburn international pianist, Dr. Sergey Kuznetsov.

But with Digital Media’s rapid popularity, it has brought a new frontier to music and entertainment. Music venues are no longer limited to performing in a concert hall with seating capacity for 500. With streaming and other technology, my performances can reach a much wider audience. This is what attracted me to attending Cannes beyond the premiere of the film I recently scored, but to continue to research the global media and entertainment business ”

With the expert tutelage and inspirational guidance from SHSU film professor Tom Garrett, Jordan began composing the film score for Garrett’s film the “Magic History of Cinema.” In March, they found it would be screened at the Cannes Film Festival’s Marche du Film.

The film is an international documentary exploring how the origins of cinema are closely linked to the conjurors and illusionists of the early 20th century and how those ties continue with today’s film makers and magicians” explained Garrett, who had interviews for the film, including director Martin Scorsese, author Brian Selznick, master magicians Lance Burton, Kevin James and many scores of filmmakers and magicians.

A magician of music! Today, Cannes. Tomorrow, the World

“Having a world class musician like Jordan only makes sense to join our team. Jordan is a ‘magician’ in his own right. A magician of music! I have always found that some of the best film and media makers have a strong music background. You cannot have any better background than Jordan’s. I am , honored to have him as a student, let alone contribute to our film,” Garrett said. “For a talent like Jordan – Today, Cannes. Tomorrow, the World and it will be able to appreciate his abilities in various multi-platform mediums from films, gaming, animation and beyond.”